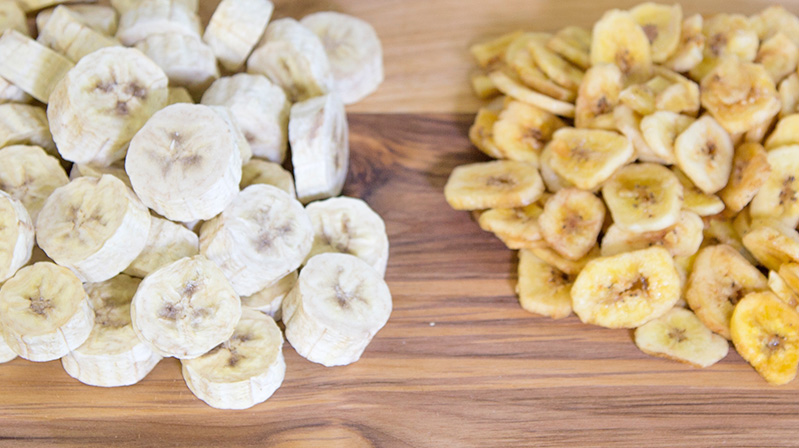 There’s a fairly common misconception that the terms “dehydrated food” and “freeze-dried food” are the same. Knowing the difference will help you decide how to store and preserve food for your family.

With any type of food preservation, moisture needs to be removed from the food. Ancient civilizations discovered this and developed the early systems for drying foods that we still use today. Dehydrating is said to have been in practice since 12,000 B.C. Roman and Middle Eastern populations would dry fruits and vegetables in “still houses,” using fire to dry out and smoke the foods.

By comparison, freeze drying is a relatively modern process, though it is said to have started with the Inca Empire. Much more recently, the freeze drying process was refined during World War II as a way to preserve blood plasma, medicine, and eventually food for the troops.

The Difference Between Dehydrating and Freeze Drying 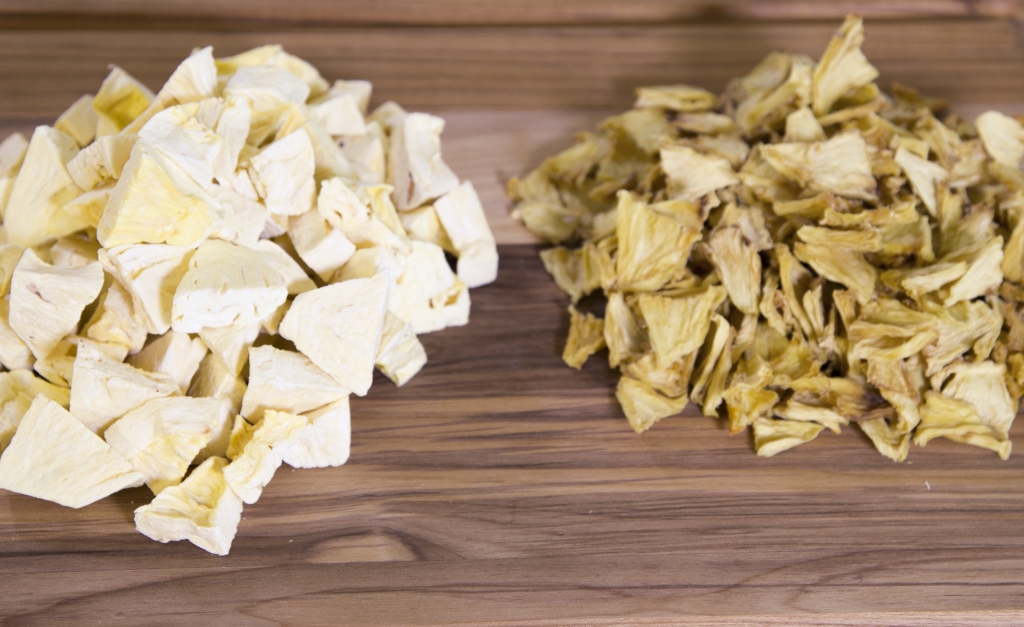 The main objective with food preservation is to remove moisture so that the food doesn’t decompose or grow mold. Removing moisture without destroying the food’s basic composition adds to both shelf life and the nutritional value of the food.

Furthermore, the nutritional value of dehydrated food is around only 60 percent of equivalent fresh food. This loss is largely due to the heat used during dehydration, which breaks down the food’s vitamins and minerals. However, according to the American Institute of Cancer Research, freeze-dried foods retain the vast majority of the vitamins and minerals found in their original state. In fact, freeze-dried food typically retains 97 percent of its nutrition because of the cold vacuum process that is used to extract the water. 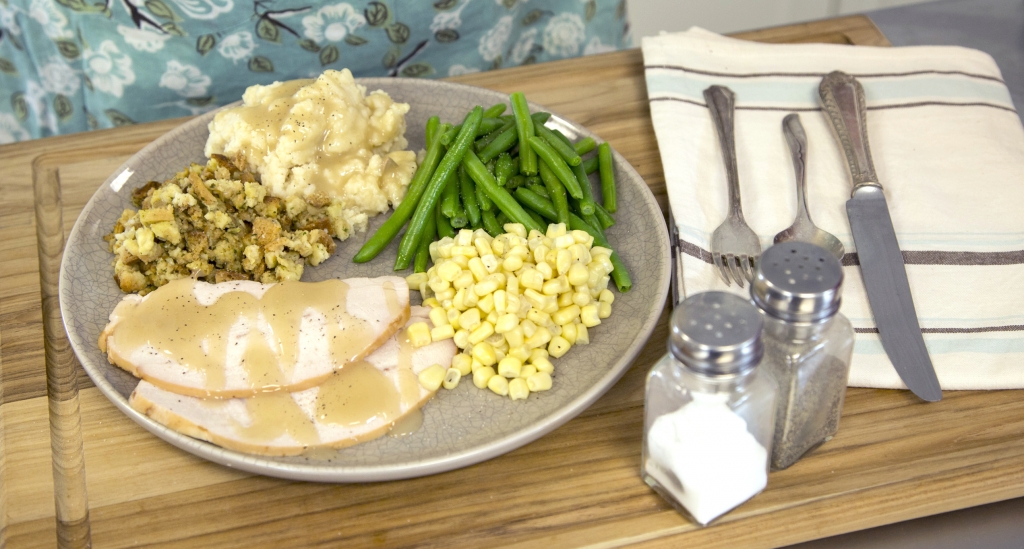 Freeze drying doesn’t change the look or the taste of the food. The above freeze-dried turkey dinner includes big slices of turkey, mashed potatoes, gravy, stuffing, and corn, that looks and tastes the same as if it had just been made fresh. And, the best part is you wouldn’t know if this meal had been freeze dried 15 years ago.

What preservation methods have you tried before? What went well, what didn’t?

Stuffing, if it has a lot of bread, won’t come out quite the same, but otherwise I’m in perfect agreement.
I’ve had some dental work where it was hard to chew for a while. Dehydrating makes jerky or hard fruits as anyone who has had trail mix has experienced. My dehydrated lunchmeat was light and I had no problem eating it – even easier than potato chips but it tasted better and was healthier. I’m not sure if you can dehydrate any dairy, or if you would like the result. Freeze-dried cheese, yogurt, cottage cheese, etc. is great.
I know they talk about reconstituting things after decades, but I’m just happy the kale, chard, and spinach I got fresh last summer is now a nice, nutritious, crunchy snack. And I don’t have to keep it in the refrigerator or freezer!
Some things like spices – basil, parsley – can be dehydrated, but even those are far better freeze dried.

Sally, you might be comparing against some commercially freeze dried food companies. But, dehydrating uses heat to remove the food so that heat destroys some of the nutrition. Freeze drying technology allows you to retain 97% of nutrition because it does not use heat to remove the water from the food. The advances in technology are such that you can freeze dry your own quality food at home and not have to add any preservatives in order for it to keep on your shelf, so it also even healthier because of that.

Also, typically serving size is 1 cup. Because dehydrated food shrinks considerably (think grape to raisin), the calories and vitamins would potentially be higher because you can fit more into one cup. Freeze drying doesn’t shrink the food, so not as much gets packed into 1 cup. Following this logic, dehydrated food, would also have higher nutrients than fresh food. Which of course isn’t true :).

Many people prefer freeze-dried fruits and vegetables. It is quick to rehydrate and tastes good whether it is rehydrated or not. My issue comes in with how accurate the findings are with nutrition in most advertisements. I’m not sure if it makes a difference whether I’m looking at labels of commercially produced freeze-dried products or not. Best to you.

No. It doesn’t always have to be cooked before freeze drying. Many people do raw meats and freeze dry them.

Food does NOT have to be cooked before freeze drying, but consider how and when you will use it. I cook everything that we need to cook before eating because I am preparing food for camping (prefer to do as little cooking as we can get by with) and long term storage for emergencies. After a hurricane, we might not be able to cook our raw freeze dried food. But we can rehydrate it with cool water if we have to, and many FD foods don’t need to be rehydrated (fruits, some raw veggies, cooked meats, cooked veggies).