Americans waste more food than any country in the world. The actual facts are shameful. Studies show that the average American Family of four throws away 40% of the food they purchase! That means almost half of what we put in our grocery carts ends up in a land fill. When that is included with discarded food from our gardens, fruit trees and fields, well over 50% of what is produced (meat, fruit, vegetables, and dairy) is wasted.

For the average family of four, home food waste adds up to nearly $200 every single month, an astounding yearly waste of $2,400! For larger families it can be much more.

Every one of us shares in the responsibility to fight against our “waste culture,” especially when it comes to food. The food waste epidemic, although bad for Americans, also contributes to a bigger worldwide hunger problem.

How to Reduce Food Waste with Freeze Drying

Can you imagine adding $2,400 or more to your pocketbooks every year? Freeze drying at home can potentially save most of a family’s food waste; and, it is an option that is just now available with Harvest Right’s Home Freeze Dryer.

As a food preservation method, it is easier than canning and dehydrating and will last 7 to 8 times as long. Just put your leftover meals and ripening fruits, vegetables, meats and dairy in your own freeze dryer and press start. In about one day, this food is ready to be packaged for a shelf life of up to 25 years.

The best aspect of owning a Harvest Right freeze dryer is that you will want to use your freeze dried food on a daily basis. It is delicious and is as good as fresh. For example, freeze dried fresh eggs can be used in cakes, waffles, scrambled eggs and anything else where you use eggs. Freeze dried meats, seafood, cheese, sour cream, and vegetables can be used as normal. They readily rehydrate and can be used in your meals as if they were fresh.

These avocados in this picture have already been freeze dried. Beautiful aren’t they? And, best of all, they are nutritious, taste like fresh, and will last 25 years.

Summary of Food Waste in America

We can do better!  By using Harvest Right’s Freeze Dryer much of this waste can be preserved for future use. Imagine having your ripening fruit saved for later use as snacks, in your children’s lunches, and in a variety of things like homemade smoothies. Leftover meals (steak, roast beef, chicken, spaghetti sauce, soup and much, much more) can become the tastiest and most valuable part of your food supply.

A news article reported the findings of the Natural Resources Defense Council: “Approximately 40 percent of food in the U.S. is wasted, as about $165 billion in uneaten food is thrown out every year, according to the NRDC. That’s a 50 percent jump since the 1970s.”

“As a country, we’re essentially tossing every other piece of food that crosses our path — that’s money and precious resources down the drain,” said Dana Gunders, NRDC project scientist, in a Deseret News article.

In that same article she went on to say, “With the price of food continuing to grow, and drought jeopardizing farmers nationwide, now is the time to embrace all the tremendous untapped opportunities to get more out of our food system. We can do better.”

”Over half the land area in the U.S. is dedicated to food production, and over 80 percent of the water that we consume goes into growing – producing our food. So when we throw out, say, half a hamburger, according to an estimate by the Water Footprint Network, that’s equivalent to taking over an hour shower, in the water use that was required for that half hamburger you just tossed.” (Dana Gunders food and agriculture project scientist at the Natural Resources Defense Council)

Ira Sager at Bloomberg/Businessweek admits to not conserving food: “I am not alone in my wasteful habits. I live in the United States of Food Waste. On average, my fellow citizens throw away 20 pounds of food each month, which amounts to $2,275 a year for a family of four, according to the U.S. Department of Agriculture.”

Andrew Gunther, wrote on his blog at Huffington Post: “…it’s not just simply the food that’s going to waste: think about all the wasted energy, water, chemicals and labor that went into producing, transporting and storing what is ultimately just left to rot.”

Brad Plumer from the Washington Post says: “Not only is it [food waste] a waste of energy and water and land, but it’s a tragedy in its own right, given that some 870 million people suffer from chronic malnourishment. 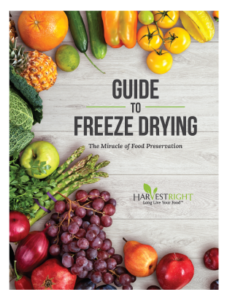