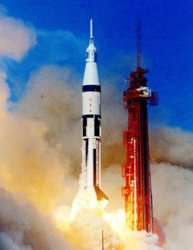 In 2016, journalist Phil Edwards with vox.com dived through official NASA transcripts looking for any mention of freeze-dried ice cream in space. He never found any evidence. According to most accounts, the Apollo 7 mission was the only mission to have had freeze-dried ice cream, so he also talked to Walt Cunningham, the sole surviving member of that crew. He said he “never had the stuff.” Jennifer Levasseur, museum curator at the National Air and Space Museum believes that freeze-dried ice cream probably never flew in any actual missions. She thinks it was developed and tested on the ground but, eventually, ended up being rejected for flight.

But just because Buzz Aldrin and Neal Armstrong never ate freeze-dried ice cream doesn’t mean you can’t enjoy this crunchy, delicious snack. Freeze dried ice cream sandwiches are probably everyone’s favorite treat when they start experimenting with their Harvest Right home freeze dryer. Whether you choose a full-fat brand or a reduced calorie brand, freeze drying ice cream sandwiches means you can enjoy this creamy, nostalgic treat without having to have a freezer nearby. 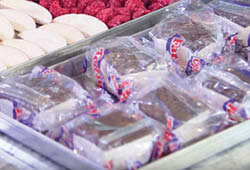 The freeze dried ice cream sounds delicious. It will be the first thing I will try if I win the contest.

I’m assuming if you can freeze dry ice cream then frozen foods in general aren’t a problem – like fruits & veggies. Though I’m guessing with veggies you’d want/need to cook first – since those packaged freeze dried meals for camping etc just require water and no actual cook time, just rehydration time?

Vgies and especially fruits do not need to be cooked after reconstituting and can even be consumed dry. Meats on the other hand need to be cooked either before or after. Btw. The ice cream and cheese cakes are delicious.

Would so love to try this product out! I do a lot of canning and this would save space and keep much longer!

You can just visit their online store to see current pricing/sales, etc: https://harvestright.com/product/home-freeze-dryer/

What shelf temp do i set for final dry time of ice cream?