Like many of you, I was raised in a home that believed in home food storage; using what we grew by eating it immediately or storing it for later. We had a big cherry tree in the backyard that signaled the beginning of canning season, which went nearly nonstop through the end of the fall, when apples, pumpkins and other root vegetables ripened. 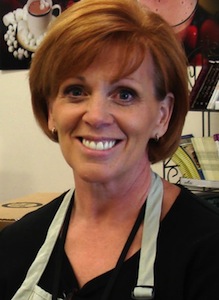 As I got older I used the skills my mother and grandmother had shared with me, and built a significant stock of wholesome, locally grown canned and dried foods that were preserved at the moment of peak ripeness.

Once, when my oldest daughter was five she went on one of her first “big girl” play dates. When she came home she said the family she had been visiting didn’t eat real peaches. When I asked her what that meant, she said they ate peaches out of a can which tasted like metal. Even at that early age my daughter appreciated the flavor of high-quality food that’s properly preserved.

When my girls were both in school I began working one to three mornings a week at a retail food storage and preparedness store, at which I quickly became a manager. While at this job, I became thoroughly acquainted with different methods of food preservation, including canning, pickling, dehydrating, salting, smoking, and freeze drying. One of the most interesting things about working at this store was seeing the different types of food that people wanted to preserve or purchase. Much of it was great; but, because many wanted to can their food, or purchase it in large containers (boxes of dehydrated food in number 10 cans), it was not very portable. If one had to leave home with a short warning it would be difficult to take much food along. Over the years with my own food storage I have tried to balance between canning, dehydrating and buying freeze-dried foods to make meals that can be put together quickly but also be transported easily if necessary.

I have often been asked the difference between freeze-dried and dehydrated foods. Of course, dehydrating is accomplished with low heat (110-160 degrees) using a dehydrator machine. It is lighter than canned food, as much of the water evaporates off; and because the food is heated it usually changes the flavor and color, and only retains 50-60 percent of its nutrient value. Freeze-dried food on the other hand is two to three times lighter than dehydrated food, as nearly 100% of the water is removed; and, it retains nearly all its original flavor and nutritional value because the water comes off while the food is cold! Because of this, for many years I’ve been sold on freeze-dried food.

While working at the food storage retail store I was asked over and over why folks can’t freeze dry their own food at home to which I would reply that most people don’t have the money it takes to purchase a commercial freeze drying unit, which was all that was available at the time. That was until I learned about the HarvestRight home freeze dryer, which I recognized right away as a game-changer. I contacted HarvestRight’s owners and given my background in food storage and my enthusiasm for an affordable home freeze-dryer we became friends. They asked if I would try their home freeze-dryer in exchange for doing some videos and writing some articles for their blog to which I enthusiastically agreed! So, this is the start of my adventure using this remarkable machine and then sharing my home freeze-drying experiences with you.

Over the coming weeks I’ll be freeze-drying a wide variety of items and will report on the processes, complete with photos, so stay tuned!

I would like to learn more about freeze drying food.
Some recipes are vague as many don’t post the amount of time to freeze dry for different foods. I have a Harvest Right Freeze dryer, some say just press the start button and it has a mind of its own. Is this true.

Yes, that is true. The freeze dryer is built to detect when the food is done. It typically takes between 22 to 38 hours to complete the process. Food type and quantity will affect the freeze dry cycle. Things like meat, peas, and corn dry quickly, while squash and watermelon can take longer. However, because portion size, thickness, water content, quantity, and cellular structure of food are all different, batch times will vary.